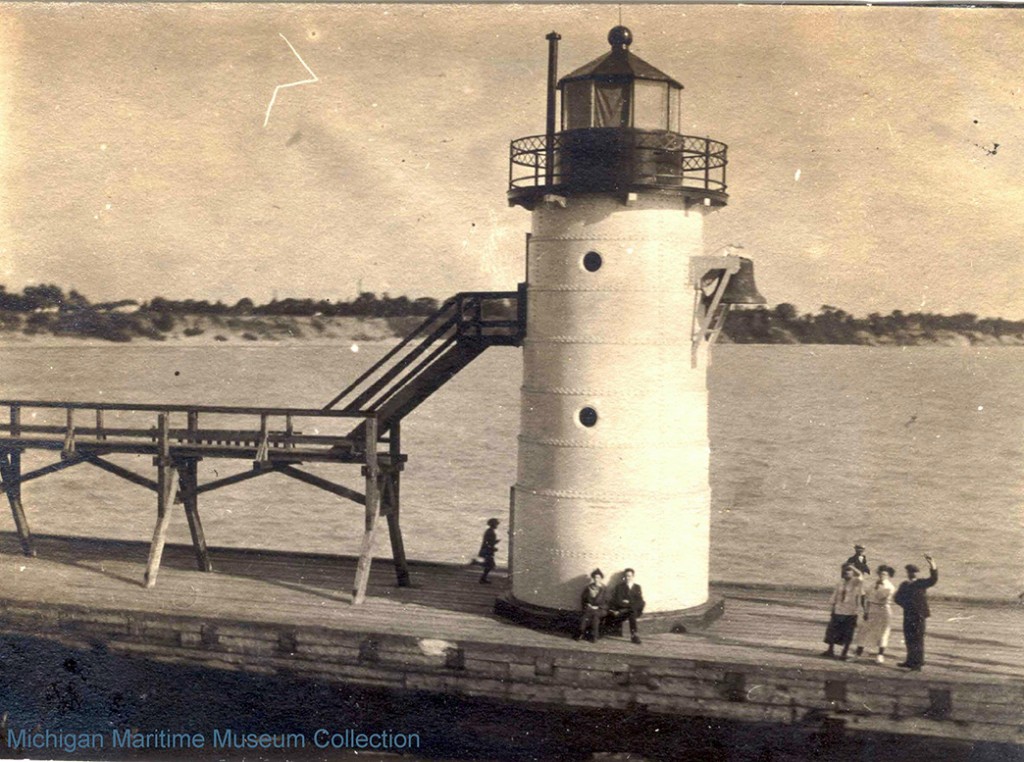 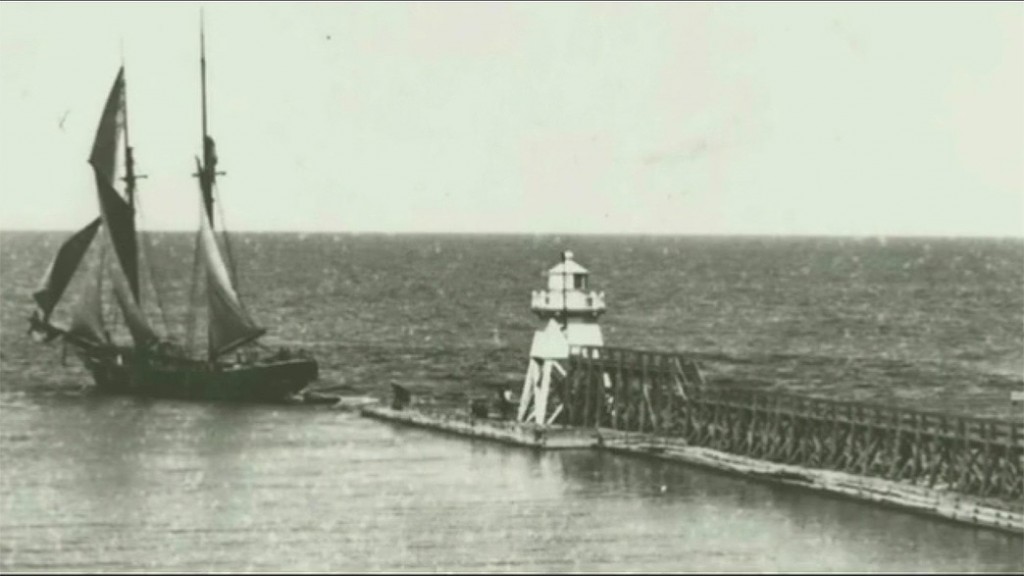 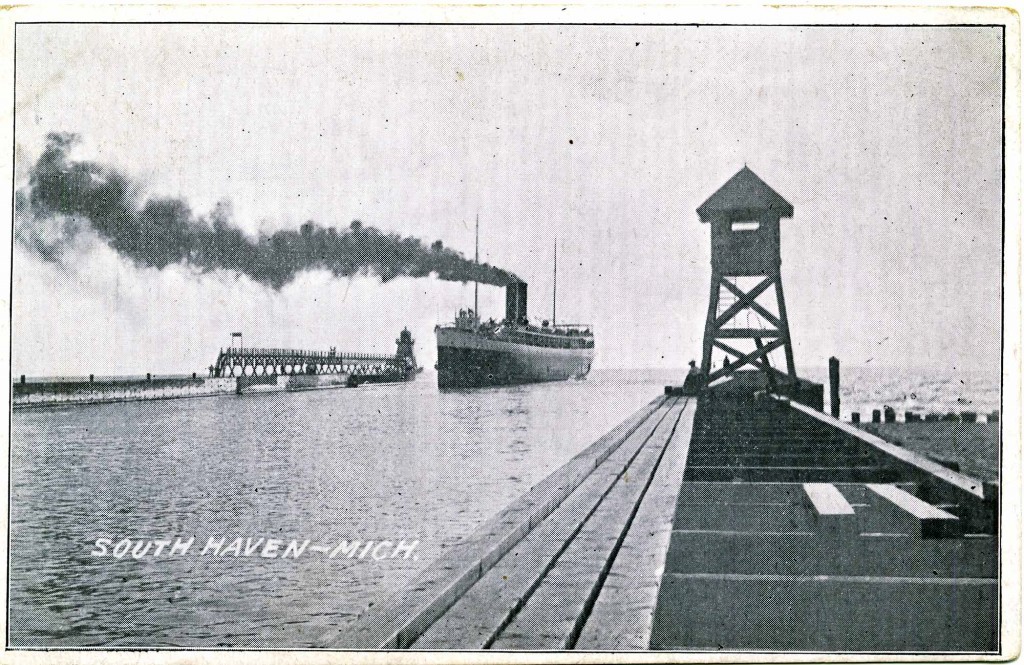 At ten minutes before sunset the lamp is lit and at midnight it is necessary to change lamps as the oil in the first one is nearly consumed by this time. At sunrise the lamp is extinguished. A record of the amount of oil is used each night, the expenditures and the length of time the lamp has burned, are sent to the government, monthly, quarterly, annually. About eighty gallons of mineral oil are consumed by the lamp in the course of a season of 10 months, this being furnished by the government, which sends a supply once a month.

5th in Series – Excerpts From The Harbor Light 1872-1940 by Jeanette Stieve, published by the Michigan Maritime Museum 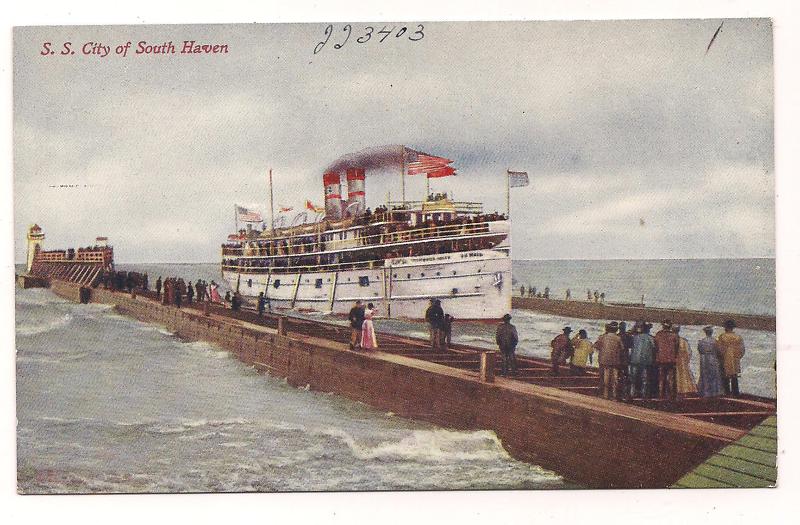 The light is placed upon an iron pedestal about four feet in height and is composed of lens, prisms and reflectors, the frame-work being of copper and iron. This lamp is placed on rollers, which revolve on a metal base, so as to be easily handled.

At the back of the light are two solid silver reflectors, highly polished, which throw the ray upon the lens, these having the power to magnify a great many times, and in turn throw the stream of light out through the windows, onto the water beyond.

At the top of the lamp is a ventilator by which the heated air may escape. A flame of one and three fourths inches is carried on the burner at night, no more or less being allowed.

4th in Series – Excerpts From The Harbor Light 1872-1940 by Jeanette Stieve, published by the Michigan Maritime Museum 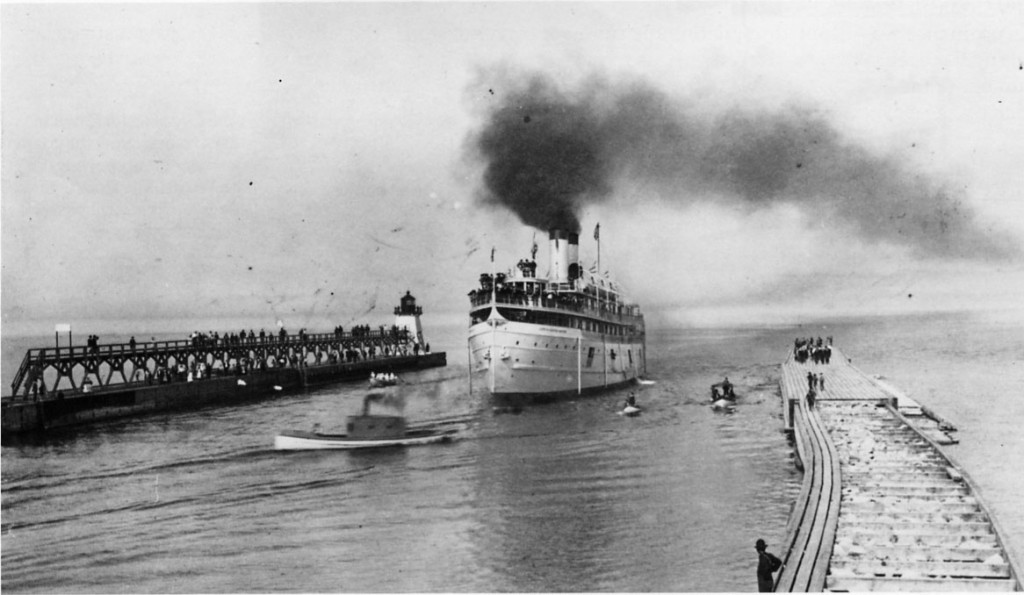 Among the many features to be seen along the coast of Lake Michigan, the South Haven light-house is not the least important. It was built by the United States light-house board in 1873. This board consists of retired naval officers and one engineer, and all lights and light-houses are governed by them. On fresh and salt water, the coast is divided into sixteen light-house districts. Light-houses are all run under the same instructions and are separated into six different orders, depending on the size and position of the tower, and they are in charge of keepers and assistant keepers.

Our tower which is of the 5th order, is 37 feet 6 inches from the level of the lake to the flame of the lamp.

It has two small rooms. The lower one is used for a store-room, and the one above for the lamp. The upper story has six plate glass windows, each of which weigh sixty pounds, also four air tight chambers, which connect with the outer air and are used for the ventilation of the lamp. The rest of the space is devoted to the use of the lamp, which is of foreign construction costing $750 without duty.

3rd in Series – Excerpts From The Harbor Light 1872-1940 by Jeanette Stieve, published by the Michigan Maritime Museum 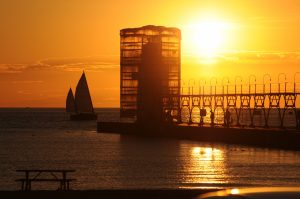