Donate/Purchase a Personalized Commemorative Brick to Help Save the Lighthouse ->

One of the highlights of the campaign will be the first-ever Lighthouse Sit on Aug. 7, which is National Lighthouse Day. During the event, local and state leaders will take turns sitting on the balcony of the lighthouse to raise money.

View the Full Article on MLive >>>

The Historical Association of South Haven, owner of the century-old lighthouse, began a soft launch earlier this year and is now kicking its fundraising campaign into full gear. 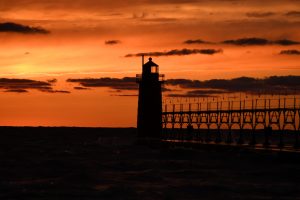